The Emperor Norton has so decreed that a bridge shall be built... 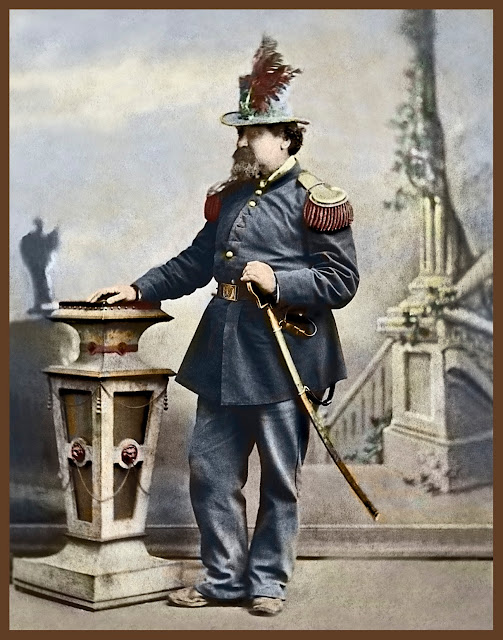 The Bridge Shall be Built...

WHEREAS, we issued our decree ordering the citizens of San Francisco and Oakland to appropriate funds for the survey of a suspension bridge from Oakland Point via Goat Island; also for a tunnel; and to ascertain which is the best project; and whereas the said citizens have hitherto neglected to notice our said decree; and whereas we are determined our authority shall be fully respected; now, therefore, we do hereby command the arrest by the army of both the Boards of City Fathers if they persist in neglecting our decrees. Given under our royal hand and seal at San Francisco, this 17th day of September, 1872


Order a print of the Emperor

Sign up to name the Bridge after Emperor Norton Today!

The following is decreed and ordered to be carried into execution as soon as convenient:

March 1872
Website with the full array of Proclamation by the Emperor: http://www.notfrisco.com/nortoniana/
here is the rest of the story: http://en.wikipedia.org/wiki/Emperor_Norton


"But it’s not only Emperor Norton’s connection to the Bay Bridge itself that warrants naming the bridge for him.
The Emperor was a champion of racial and religious unity; an advocate for women’s suffrage; and a defender of the public interest, above all.

He was known for his kindness. He was both passionate and whimsical. Not least, in asserting his own right to be heard, he stood for the outsider, the dreamer and for the idea that people should be accepted for who they are.

Background The Emperor was England born
and journeyed to California during the Gold Rush in 1849.  Arriving via South Africa he had initial windfalls from real estate and various ventures until he became penniless via a poorly conceived plan to order the rice market.  Ultimately, his palace was less than palatial as he reigned from a rooming house at 624 Commercial Street was less than salubrious.  Nonetheless,was given a pass wherever he went, given the best seat in the best restaurants of the day with never a bill to be presented.  A general at the Presidio provided his uniform, which as it eventually deteriorated,  the Board of Supervisers pitched in a provided another.

At the time, the Emperor was not alone with respect to the eccentrics of the day.  One street character had dubbed himself George Washington II, adorned in Revolutionary War garb, there was the Money King who celebrated his position as a skin flint, and even a bizarre man who simply went by the title of the Great Unknown.  Were they smoking something back then?  Who know, but the Emperor seems the one who has staid the test of time and with us to this day.

Hand-tinted by Bennett Hall, 2015
Order a print of the Emperor
from San Francisco Images