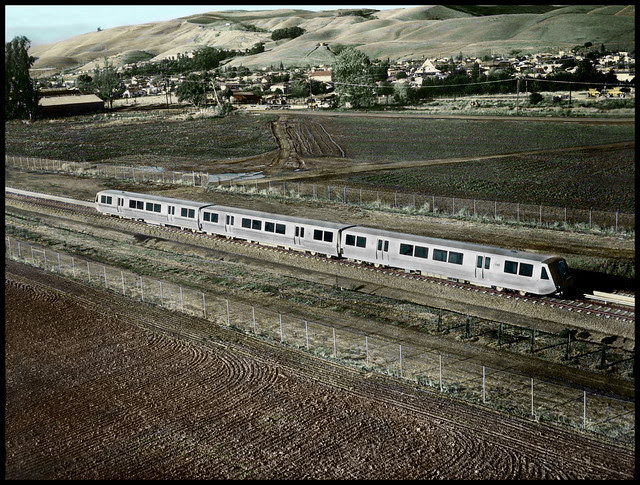 ABOVE:  BART train, built by California based Rohr Industries, on the MacArthur-Fremont route, the first line in service, opened September 11, 1972  (hand-tinted by Bennett Hall, original sourced from Oakland Public Library)

Regretfully on the heels of the government allowing the Cliff House, Muir Beach and Yosemite to reopen, our community is suffering another body blow, that the Fremont Train has been idled... one crisis ends, another begins.  Regretfully, it seems that rules dating back to the date of this photograph are being assigned the blame for the disruption that is upon us.  Union argues they should get overtime under 40 hours, and refuses electronic pay stubs. Really?

The truth keeps percolating out and it is not pretty. Wondering if the work rules also allow BART to hire replacements?

The estimates of economic loss, $73M/Day and massive CO2 releases spiking from this conundrum make this especially tragic.  Let's hope this ends right away and the losses minimized. 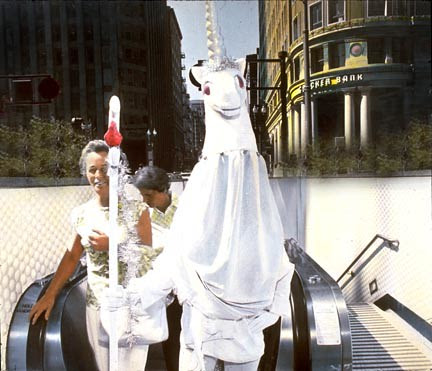 Perhaps someone will listen to the Magic Unicorn who says:
"Get back to Work!!" 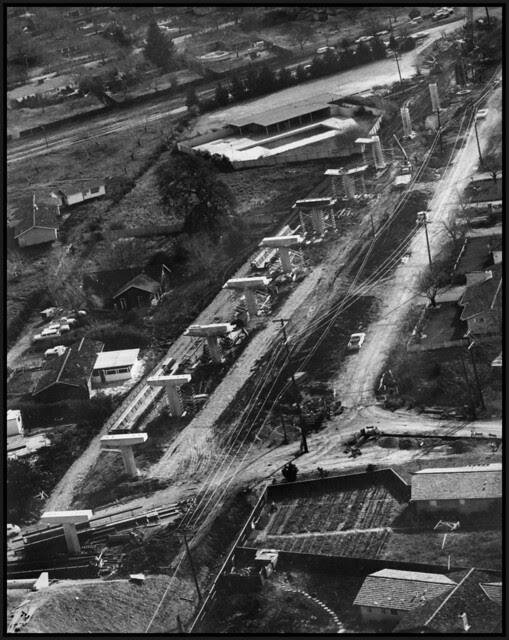 BART can do it better than this right? 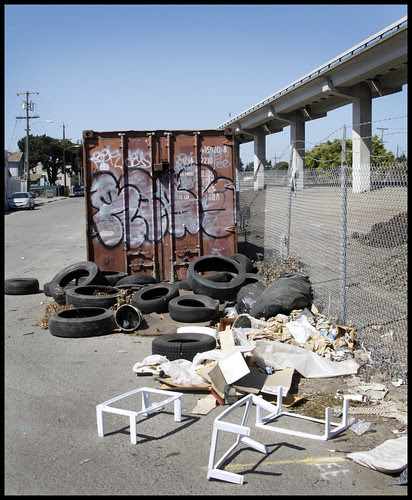 This is a typical seen as you follow the BART tracks - debris seems to reflect the nature of the conflict.

#BARTstrike
Posted by Unknown at 12:34 AM No comments: