Happy Chinese New Year ! A look back to the Gold Rush... 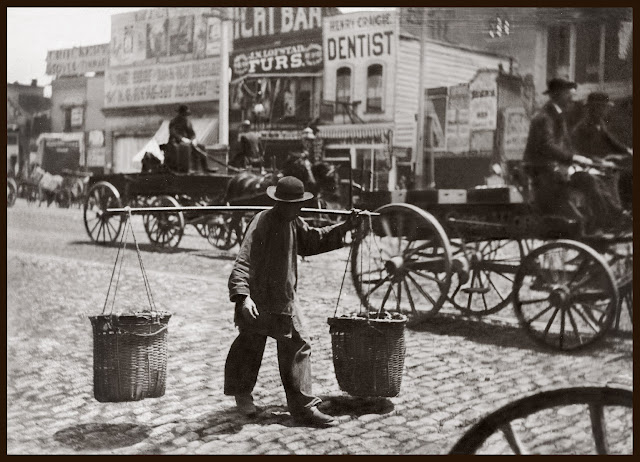 Gold Rush lured many Chinese to California who later migrated to urban areas in the 1860’s and ‘70’s. They became a dominant work force in industries of canning, cigars, woolen mills, shoes, and sewing, and in restaurants and laundries. They were such hard workers they were perceived as a labor threat which led to many conflicts and regretul incidents prejudice, violence and injustice.

For the Chinese women it was worse - often brought here in slavery or under a variety of false pretenses, foot-binding and prostitution were common, suffering by Chinese woman was the norm, as immigration problems, drugs, corruption intertwined with the times and the 'powers that be' made life difficult to say the best.

Image available through our World Wide Archive web galleries
Posted by Unknown at 6:19 PM No comments: