Hibernia Bank up for Landmark Status 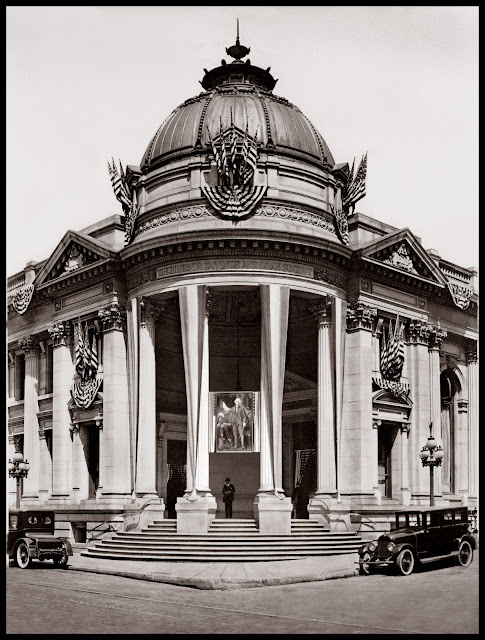 This building housed the Hibernia Bank, founded in 1859, and was completed in 1892. Designed in the Beaux-Arts tradition by Albert Pissis, it was considered the most beautiful building in the City with its gilt copper dome over a circular portico entrance and four Corinthian columns.

_____________
It has a gilt copper dome surmounting a circular portico entrance, with four Corinthian columns. The floor of the portico is inlaid witha mosaic representing a mariner's compass card. The facade was originally gleaming white (now weathered grey). The interior has a vaulted dome of glass in the center. The ceilings are beautifully ornamented and tinted yellow and gold.

Hibernia Bank Building in Ruins after the Earthquake and fire
Jones and Market Streets, c. 1906 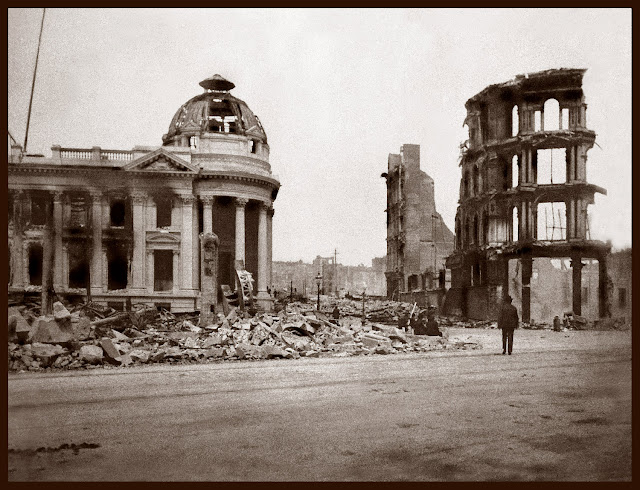 Posted by Unknown at 3:55 PM No comments: