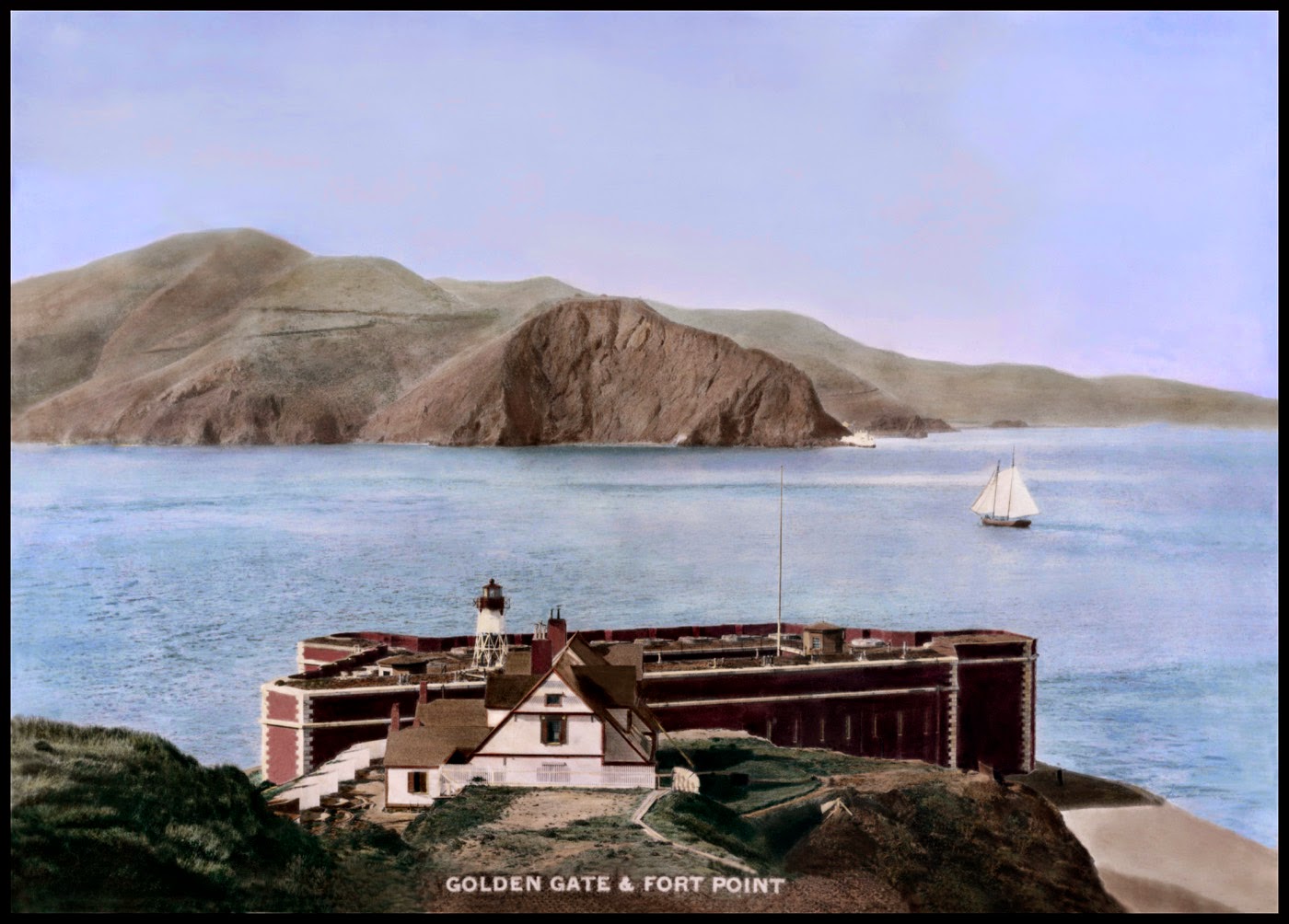 The Golden Gate viewed from above Fort Point
toward the Marin Headlands c. 1890

Fort Point was constructed by the U.S. Army Corps of Engineers between 1853 and 1861
to prevent entrance of a hostile fleet into San Francisco Bay during the Civil War.
Between 1933 and 1937 the Fort was used as a base of operations for the
construction of the Golden Gate Bridge.


Castillo de San Joaquin was the original facility that later became Fort Point.  As with Fort Point,
it was erected to guard the mouth of the Bay from intruders.  On July 1, 1846, a critical event occurred with the timing of the raising of the Stars and Stripes in Monterey and later elsewhere over California, prior to statehood. More to follow on this nuance....
Order this Image

From Wikipedia:
"The U.S. Army Corps of Engineers began work on Fort Point in 1853. Plans specified that the lowest tier of artillery be as close as possible to water level so cannonballs could ricochet across the water's surface to hit enemy ships at the water-line.[3] Workers blasted the 90-foot (27 m) cliff down to 15 feet (4.6 m) above sea level. The structure featured seven-foot-thick walls and multi-tiered casemated construction typical of Third System forts. It was sited to defend the maximum amount of harbor area. While there were more than 30 such forts on the East Coast, Fort Point was the only one on the West Coast. In 1854 Inspector General Joseph K. Mansfield declared "this point as the key to the whole Pacific Coast...and it should receive untiring exertions".
A crew of 200, many unemployed miners, labored for eight years on the fort. In 1861, with war looming, the army mounted the fort's first cannon. Colonel Albert Sidney Johnston, commander of the Department of the Pacific, prepared Bay Area defenses and ordered in the first troops to the fort. Kentucky-born Johnston then resigned his commission to join the Confederate Army; he was killed at the Battle of Shiloh in 1862."

Reference
The History of Fort Point for the National Park Service 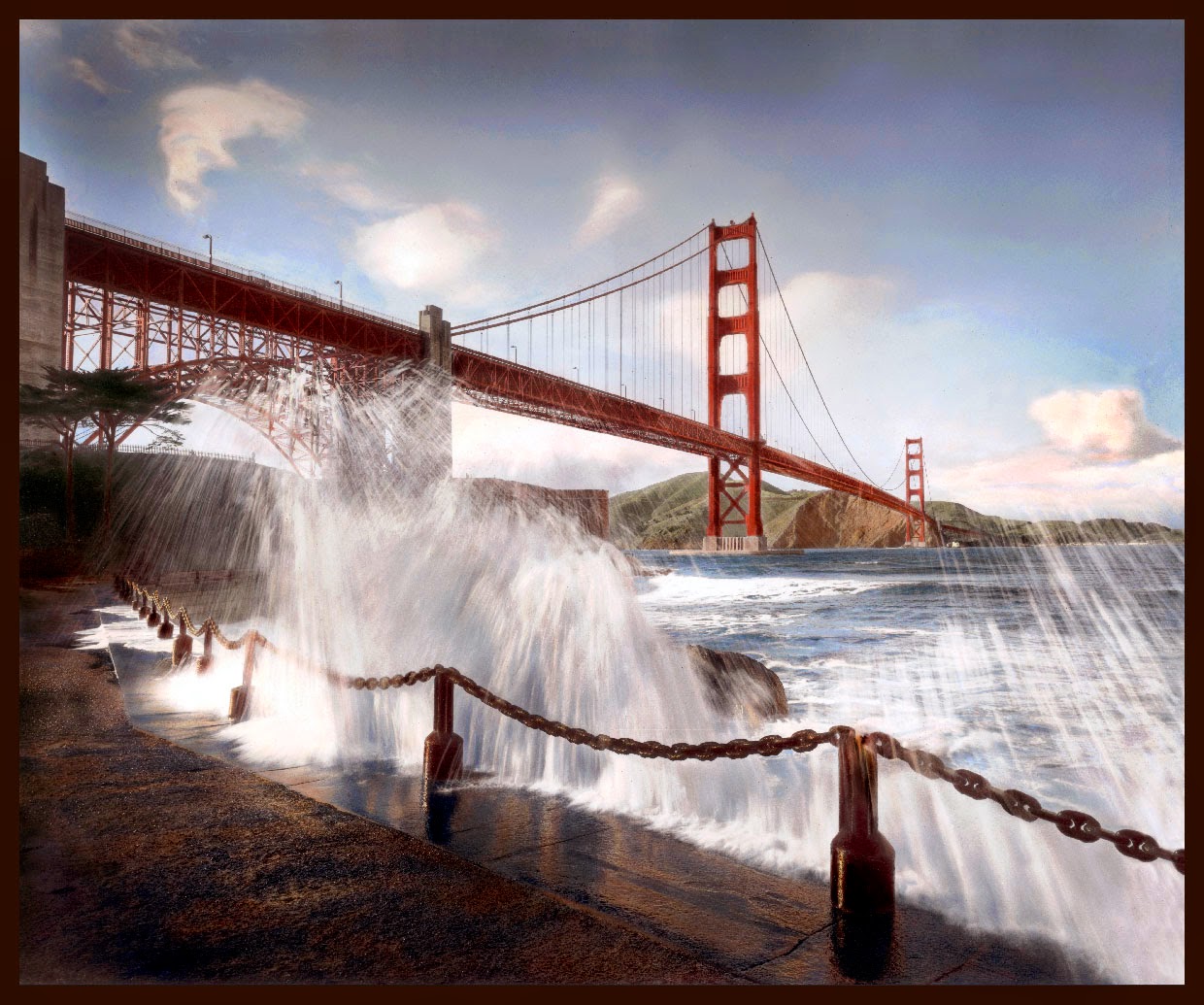 Articles and stories in this post © Bennett Hall / San Francisco Images / Business Image Group •  PURCHASE: You can acquire copies of these images framed and unframed through our World Wide Archive Web Galleries.
Posted by Unknown at 7:45 PM No comments: