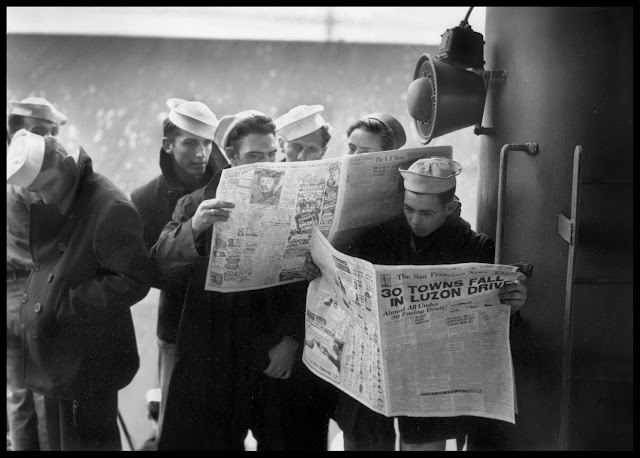 Enlisted men, wounded in battle and home again after many months,
eagerly read American newspapers. This ship, the USS President Hayes,
was an attack transport in 1943 serving the Pacific area, and participated
in the successful invasion of Guam in July 1944 and Leyte in October. 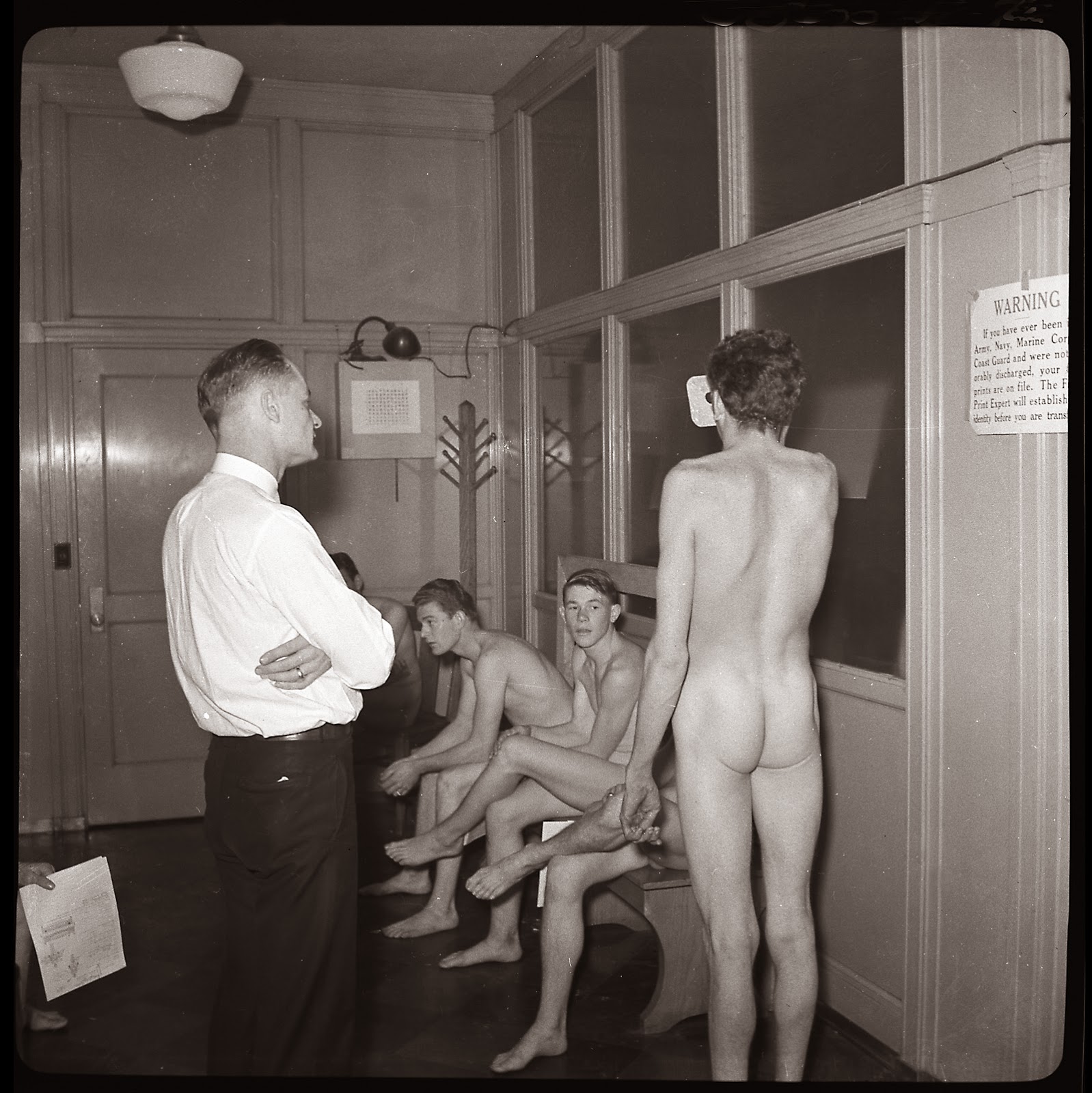 
Opened in 1926, the Hotel was named after Mark Hopkins, founder of the Central Pacific Railroad. In 1939, the 19th floor penthouse was converted into a glass-walled lounge offering 360 degree views of the City. WWII servicemen toasted the Golden Gate for luck before shipping out. 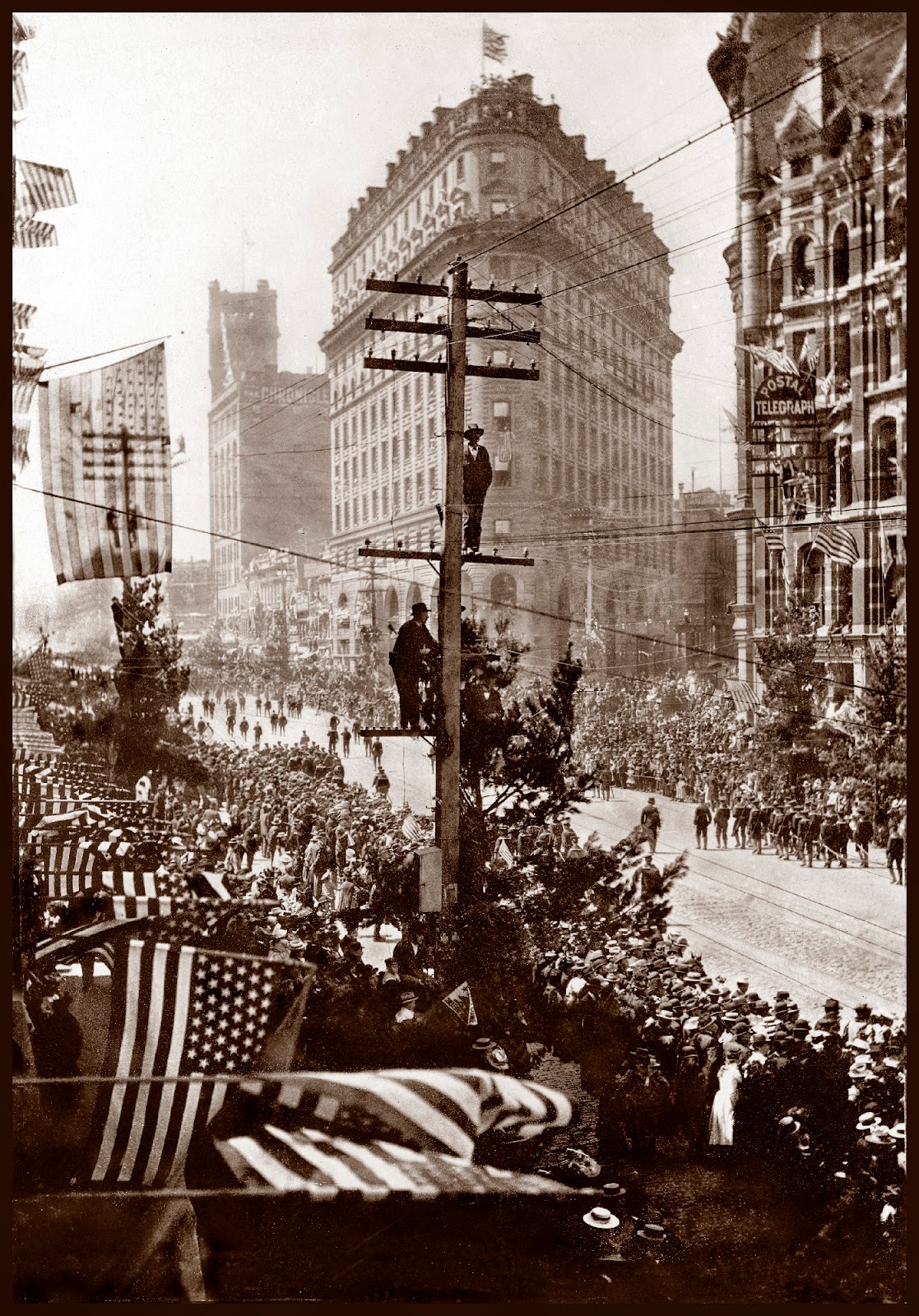 At the turn of the century, San Francisco was the jumping-off point for America’s imperialistic adventures
annexing land in the Pacific. Crowds lined Market Street to celebrate the homecoming of their
'California Boys' in appreciation of their efforts during this War. 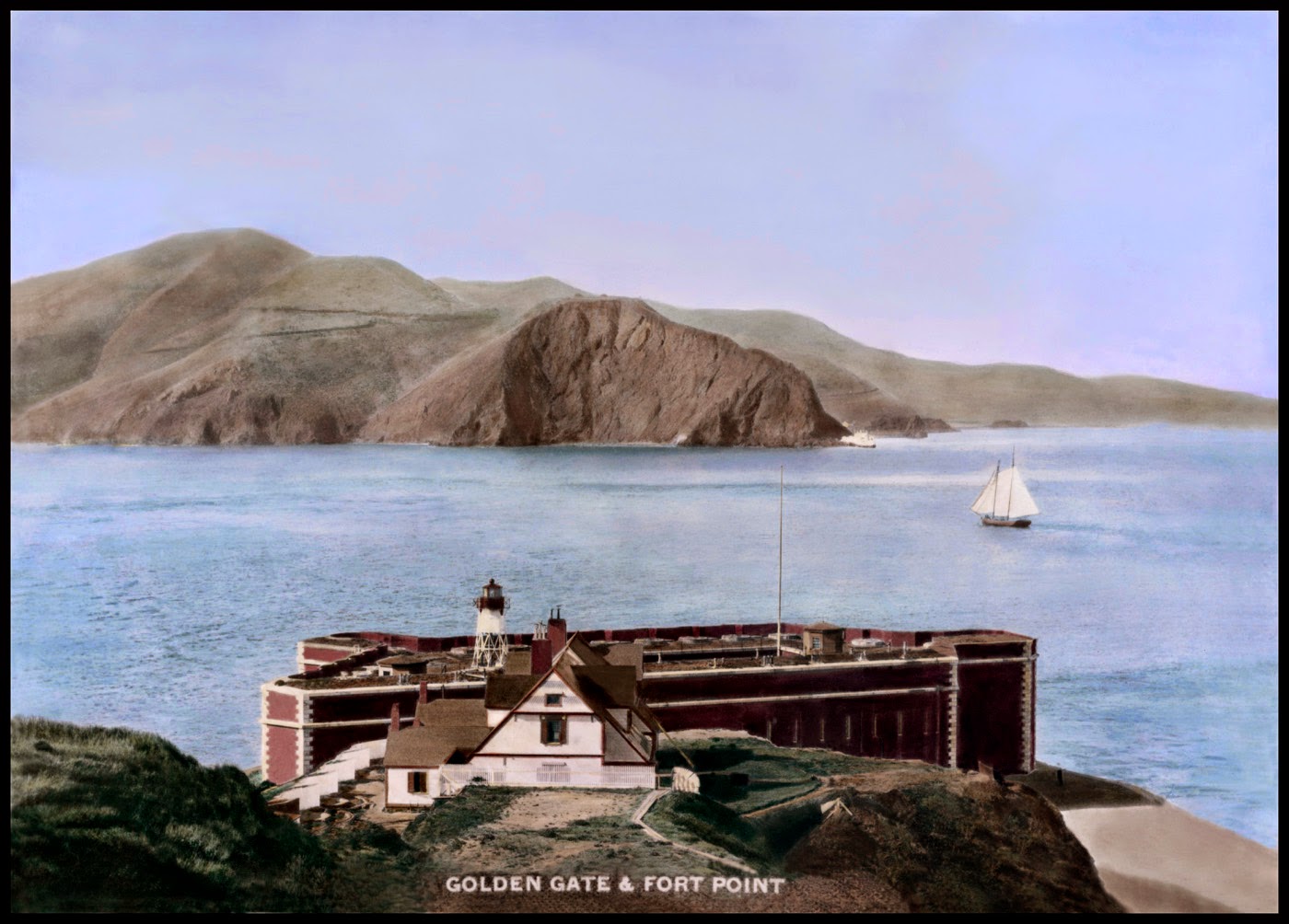