The Final Section of the Eastern Span of the Bay Bridge, 1936

Driving by the emerging tower of the new $6.3 Billion dollar Eastern Span New Years Eve, this image came to mind - which shows the imminent completion of the original bridge - at the time an engineering marvel.  A fifty-foot section (just East of this view) collapsed in the 1989 Loma Prieta quake, leading to the eventual construction of the new span. 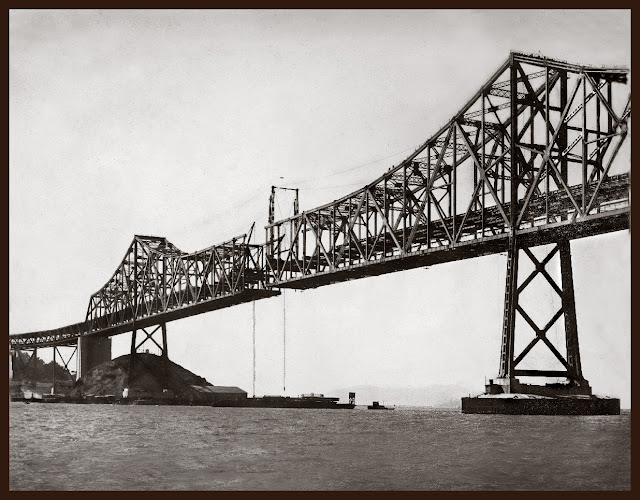 The eastern portion of the Bay Bridge was, at 10,176’ long, the longest cantilever construction in the world at that time. This photo shows the last section of the span being fitted into place.